History of Shooting Sport in FISU

Shooting sport is one of the youngest sports in the history of FISU. The story started in Pilsen, Czech Republic, in 2003, where the first edition of the competition was staged. Slovak shooters led with a total of 14 medals, of which 6 were gold, 4 silver and 4 bronze. They were followed by the ROK (Republic of Korea) delegation with the same number of medals. After a few adverse attempts to organise the second edition of the World University Shooting Sport Championship, finally the Organising Committee of the Summer Universiade in Bangkok, in 2007, included sport shooting into the programme of the games. That was a great success in terms of participation and 426 athletes from 40 countries/regions in total took part in these shooting competitions. The high level of the athletes and excellent results assured the future of sport shooting  in FISU. After having been in the programe of the Universiade in 2009 and the successful edition of the World University Sport Shooting Championship held in Wroclaw, Poland, in 2010, shooting sport was appointed as an optional sport for the 26th Universiade in Shenzhen, China, for the third time in the history of FISU. 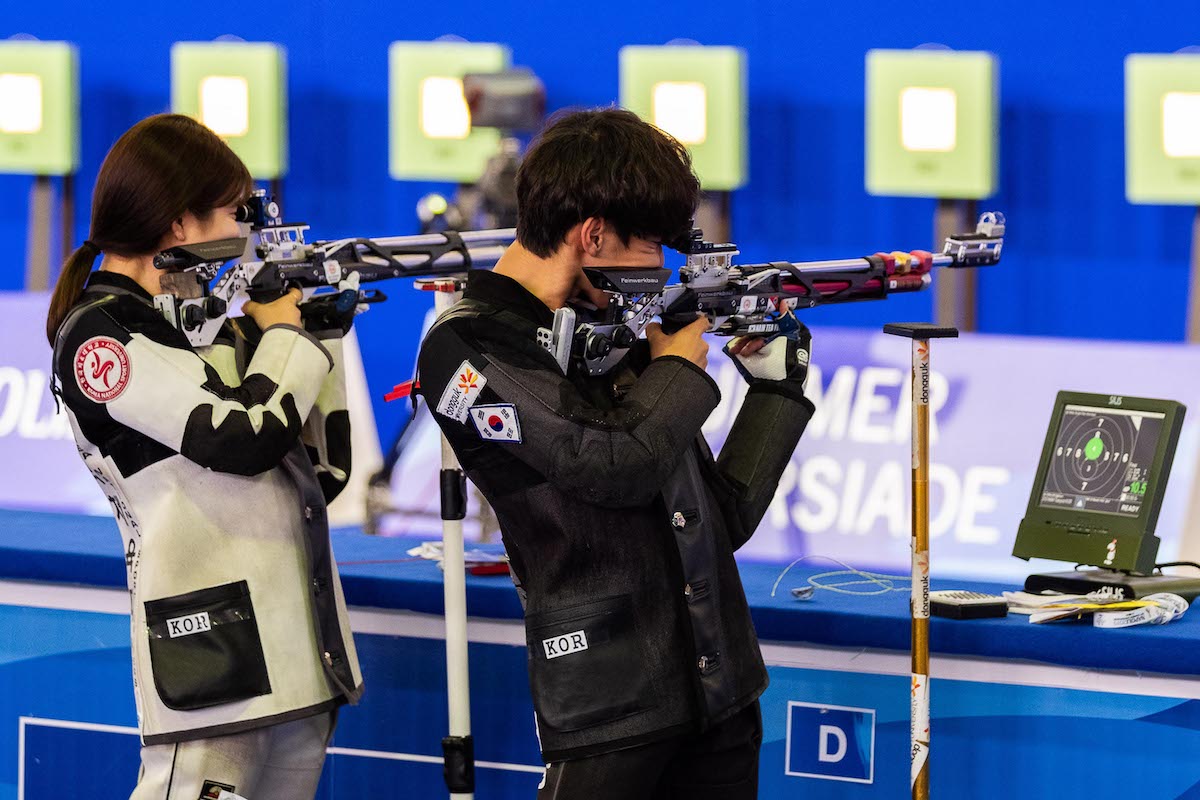