The Key Visual Design Solicitation for the World University Games Chengdu 2021 Has Been Launched, with the Maximum Prize Reaching 80,000 RMB

During the Beijing 2008 Olympic Games, the "Lucky Cloud" patterns engraved on the torch drew the world's attention. The Summer Universiade Napoli 2019 also impressed the world with their special urban and cultural features through their florid and dynamic key visual images. The World University Games Chengdu 2021 which is scheduled to be held in August 2021, will have its own "key visual design" soon!

The key visual design solicitation for the 31st Summer World University Games Chengdu 2021 is officially launched. Here we invite you to join the solicitation: you can submit your ideas during the period of April 20 to June 1, to win the grand prize of 80,000 RMB.

This activity welcomes submissions from design enthusiasts, teachers and students of designing major, independent designers, and professional designer studios around the world. There are 1 gold award, 3 silver awards, 8 bronze awards, 10 excellence awards and 32 finalist awards for the activity. The gold-award-winning work will be adopted in a series of publicity materials and on various media of the World University Games Chengdu 2021 and all award-winning works will be exhibited in Chengdu.

What is  "key visual design"?

The panorama master plan must be presented in the form of a poster, containing a complete composition, which is easily recognizable, maintains a clear theme, and expresses vivid artistry. It also must be systematic and malleable. Besides, it should be capable of being used independently to complete the core visual communication of the World University Games and be able to be organically segmented and applied to a variety of visual scenes. The segmented and extended graphs should follow the graphic elements and color systems of the key visual design in order to maintain harmony and unity while also adapt to the specific scenic functions.

He Jie, the core graphic and sports logo designer for the Beijing 2018 Olympic Games, Chairman of Graphic Designer Committee of China Artists Association and professor in the Academy of Art and Design of Tsinghua University, and Professor He Jianping, a famous German-Chinese graphic designer, both agree that "key visual designs" are widely used in cultural, art, commercial events in recent years. The "key visual design" solicitation for World University Games Chengdu 2021,  a grand event for young people around the world, will be an unprecedented innovation with regard to a visual communication system for an international multi-sport event and accurately showcase the core value of Chengdu culture and its "creativity" to the world. 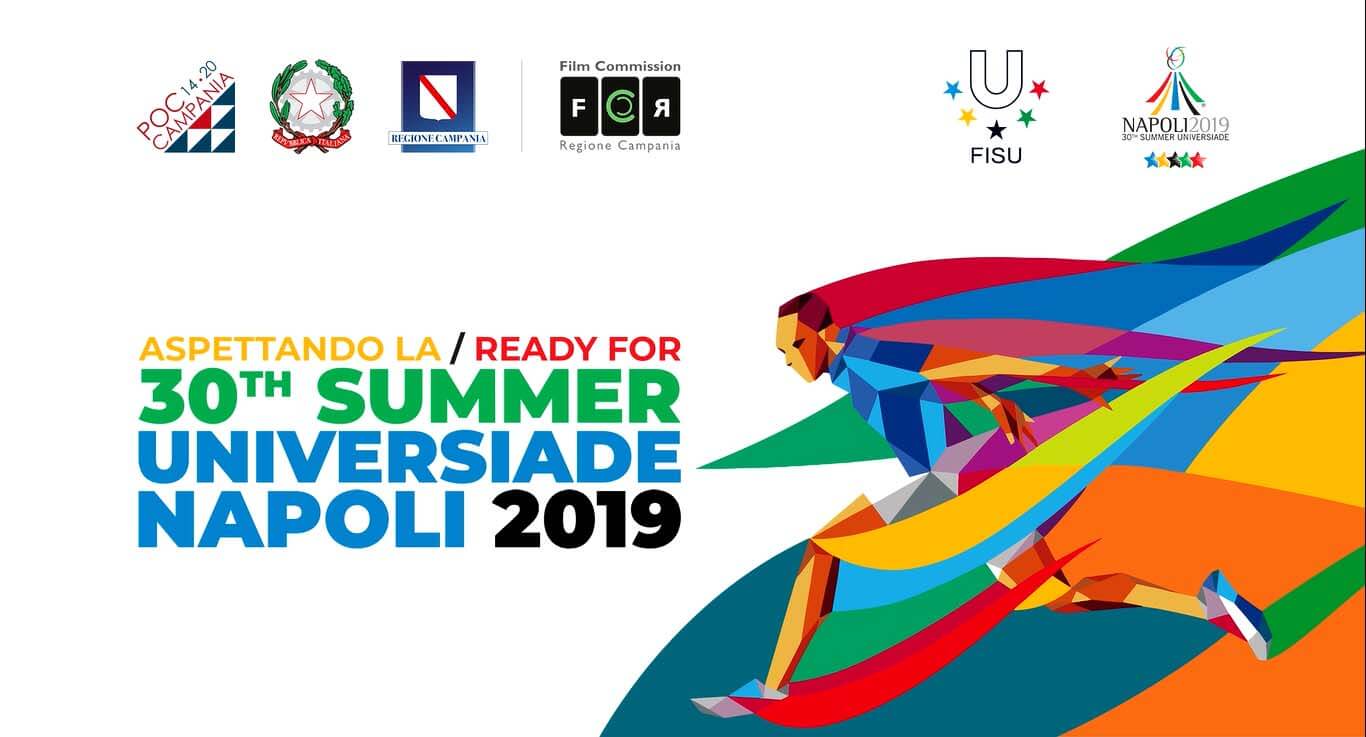 The Key Visual Design Poster from the Summer Universiade Napoli 2019

What should be included in the "key visual design" of the World University Games?

A panoramic master plan + a set of segmented and extended graphs

Every participant (or team) can submit at most 10 design works to get a shot to win the biggest prize of 80,000 RMB

This solicitation is scheduled as follows: time of collection (CST 9:00 April 20 - 17:00 June 1), time of review (June 2 - July 31), announcement of results (August 18), time of exhibition of excellent works: (August 18 - August 20, arranged for the time being). Participants should fill the form and upload the works on the official website of the World University Games Chengdu 2021 (www.2021chengdu.com). Every participant (or team) can submit up to 10 works. The deadline for submission is CST 17:00 on June 1, 2020, and any submission received after the deadline will not be accepted by the Organizing Committee of the World University Games Chengdu 2019. Additionally, submitted work will not be returned to the designers.

The gold-award-winning key visual design (the panorama master plan and any segment of it) will be fully utilized for official posters, exhibitions, outdoor advertisements, competition venues, urban landscaping, signs, vehicle appearance, garments, accessories, and supplies for the sports events (work permits, envelopes, letters, backpacks, badges, tickets, etc.). Meanwhile, it may be also subject to secondary creation and then applied to other publicity materials and media as needed. All award-winning works will be exhibited in Chengdu.

Attachment: Announcement of the Solicitation