Kazan, the 8th largest city in Russia and the capital of the Republic of Tatarstan, is the economic, traffic, and cultural center of the Volga's middle-reaches basin. The name Kazan means "a big pot" in  Tartar language. The city is among the 3 Level-A historic and cultural cities in Russia, together with Moscow and St. Petersburg. It is also a major tourist attraction that boasts European-style churches, Asian lamaseries, and Arabian mosques. The diversified buildings exemplify the convergence of West and East cultures in Kazan, a beautiful city of inclusion.

With its excellent cultural and educational resources, as well as its technological strengths, Kazan became the host city of the 27th Summer World University Games 2013.  This was the first time Russia had hosted an international multi-sport event since the Moscow Olympic Games in 1980. At the Games, a total of 341 gold medals were awarded for 26 competitive events,  both breaking the records of the World University Games. The emblem of the Kazan Universiade (the old name of the Wolrd University Games) is a tulip with five different colors, bearing a "U" shape in it which represents "Universiade". The five stars are part of the emblem of FISU, standing for the five continents, The mascot "Uni" is a little snow leopard with wings, holding a torch burning colorful flames: the blue, yellow, black, green and red ones. 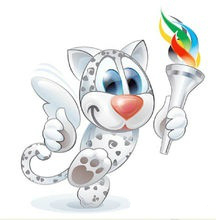 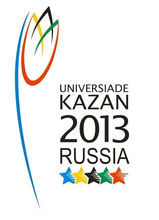 At around 9:40 pm on July 6th, 2013, the grand opening ceremony of the Games took place in Kazan, igniting the enthusiasm of the city with cheers, applause and smiles.

The ceremony started with a "Grand Parade of Russian Ethnic Groups" — in which the performers dressed in traditional costumes representing over 180 ethnic groups in Russian, parading around the stadium with chant and dance. Following them were some well-known fairy tale characters and mythological figures, including the firebird and dragon from Russian myths. Some of the featured sports games, like wrestling and archery, also appeared in the parade. The grand ceremony exuded the charm of Kazan as Russia's "sports capital" and displayed the diversity and inclusiveness of Russian culture. 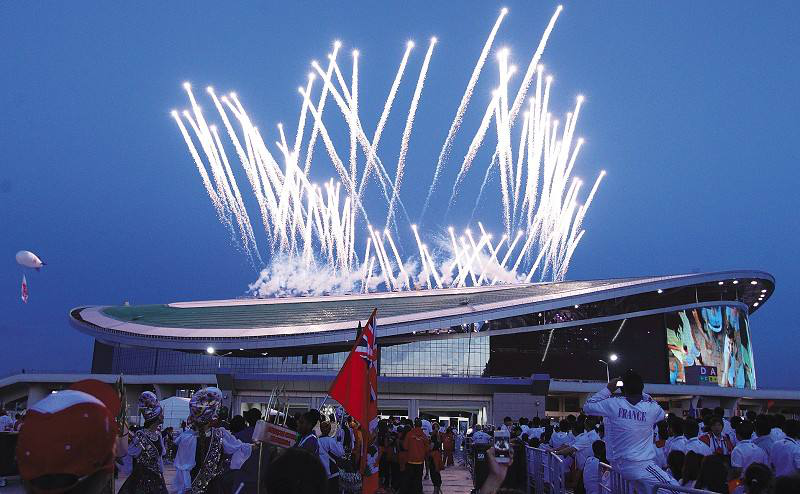 The Universiade continued for 12 days, with an end fell on July 17th, 2013. Ten-thousand student-athletes from more than 160 countries and regions participated in the games, enjoying the happiness of sports with youth from all over the world. As the host country, Russia proudly won 292 medals, of which 155 were gold medals, topping both the overall medal and overall gold tallies. Ranking the second, China won 26 gold,  29 silver and 22 bronze medals with 494 student-athletes participating in the Games.  Japan ranked third with 24 gold medals and 84 medals in total. 67 World University Games' records had been broken, mainly in the events of athletics, shooting, swimming, and weightlifting. Among them, weightlifting was the one that saw the highest number of record-breakings.