Mike Powell was distraught having come up short qualifying in the long jump for the 1987 Track and Field World Championships. It appeared that the rising talent would also miss his chance to represent the United States at elite level European meets that summer.

However, an encounter with an athletics colleague at the University of California, Los Angeles (UCLA), where the 23-year-old Powell was attending classes, dramatically changed everything. He suggested that Powell compete as a student athlete at the Zagreb 1987 Summer Universiade that upcoming July.

Powell jumped at the opportunity, both figuratively and literally. 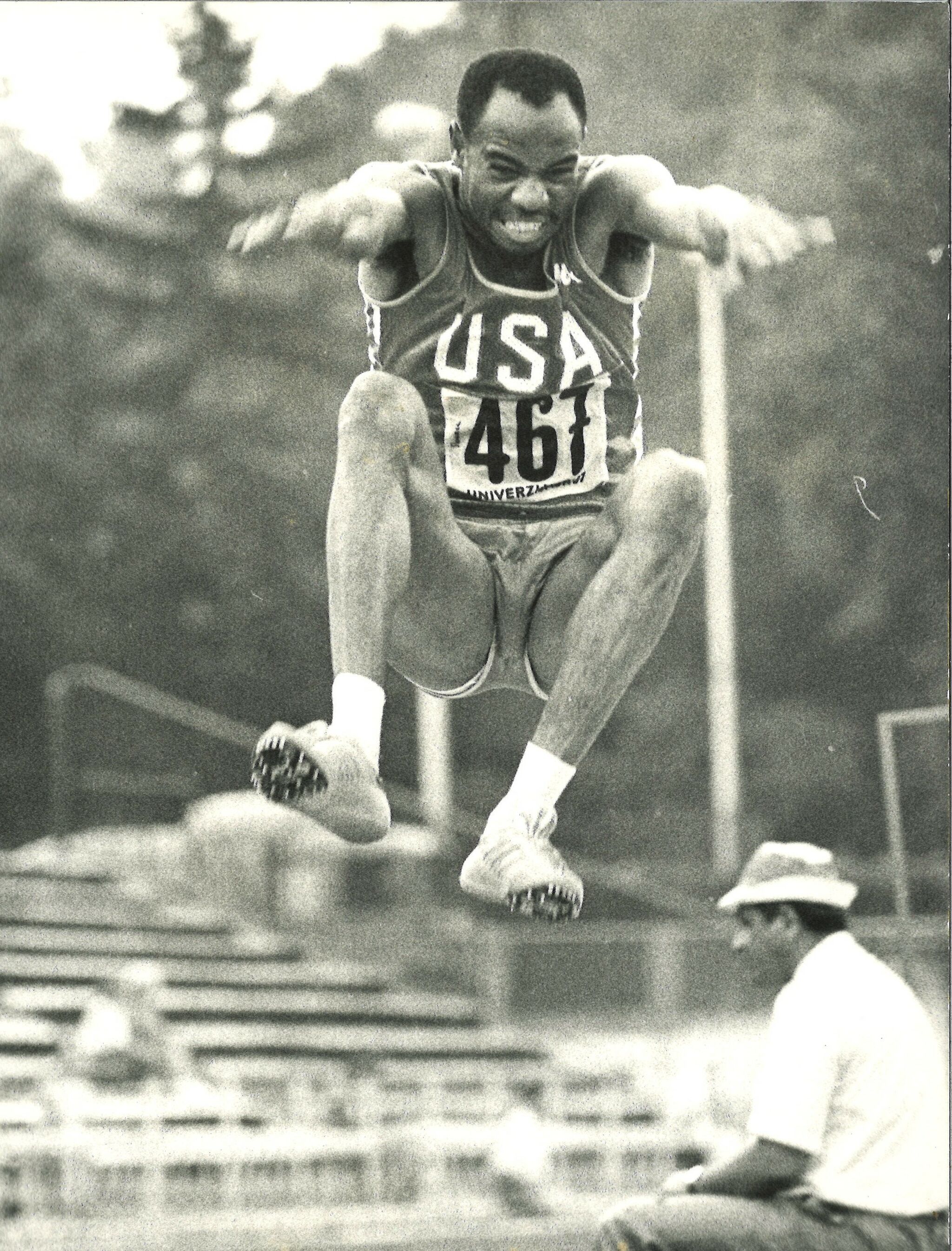 “It was a last minute thing and then I ended up winning the competition,” Powell tells Brian Pinelli in the latest edition of the FISU University Legends Interview series. “It was an awesome experience for me being there, competing, and on a trip like that you make lifelong friends, a lot of guys who I’m still friends with.”

“It was a great experience – just being in the village, the competition itself and the realization that I was a world champion,” Powell said, reminiscing about the Summer Universiade, involving more than 6,000 student athletes from a record 121 countries.

“It ended up being the catalyst for me making it internationally.”

“Winning the FISU World University Games – had I not gone, who knows I may not have ever become the world record holder because I would not have competed in Europe that summer and all my eggs would have been in one basket for the next year,” Powell said, referring to his long jump world record of 8.95m, which he set at the 1991 IAAF World Championships in Tokyo. “It boosted my confidence a lot – it was a big win for me internationally,” Powell said about the Zagreb 1987 Summer Universiade victory, in the former Yugoslavia.

“It was the whole stepping stone and then going to win meets on the summer circuit and coming back the next year to gear up for the Seoul 1988 Olympics,” said Powell, also a two-time Olympic long jump silver medalist. “It was such a vital, important part of my career, so I will always cherish it.”

“It took me to break an unbreakable world record just to beat him and even then when I broke the record, I fully expected him to come back and break the record again,” Powell says of the memorable competition, while referring to his rival Lewis, a four-time Olympic long jump champion.

“Everything came together at once – defeating Carl, breaking the world record, and winning the world championship title on one jump, and really kind of making my introduction into the world,” Powell says of his world record jump, coming on his fifth attempt.

“I went into the competition expecting to break the world record, because I knew I would have to do that in order to beat Carl. “Carl and I are cool now, but I hated him when I competed against him because he was so great. I demonized him because I was competing against a living legend. I had to take out all the stops to beat him.”

Powell, who resides and coaches track and field in the Southern California area, is already looking forward to the Summer Olympics returning to L.A. in 2028. He plans to start a foundation to mentor young athletes.

“My goal is to work with young athletes and get them to see the Olympic Games as something they can participate in and get that geared up going toward 2028,” he says.

“I always tell athletes that when I was growing up in West Covina, California, nobody thought that I was going to be an Olympian, a world championship gold medalist and a world record holder, so if I can do it, why can’t you guys.

“That is what I want to bring across to the athletes and I hope to be coaching someone there in 2028,” said the 1987 Summer Universiade champion.