Best Wishes from the 2021 FISU WUG

On February 9, the Executive Committee of the Chengdu 2021 FISU World University Games held the launching ceremony of a series of new year activities named "Love Chengdu, Embrace the Games". In the name of "Sports City", Chengdu sent the New Year's blessing to the world. At the event site, a film "Hello, Youth" with the theme of dreams was officially launched, telling the true story of the hearing-impaired girl chasing her dream for the 2021 FISU WUG. There is also a 120-meter long "Chengdu 2021 Track" at the site, on which a group of participants, including the staff of the Executive Committee of the 2021 FISU WUG, champions of the Olympic Games and the FISU WUG, and primary students representatives, run together joyfully with the strike of gongs. The participants also enjoyed the fun of taking a snap of themselves and having them sent to the universe via a satellite of ADA Space, the sponsor of space technology of the Games. 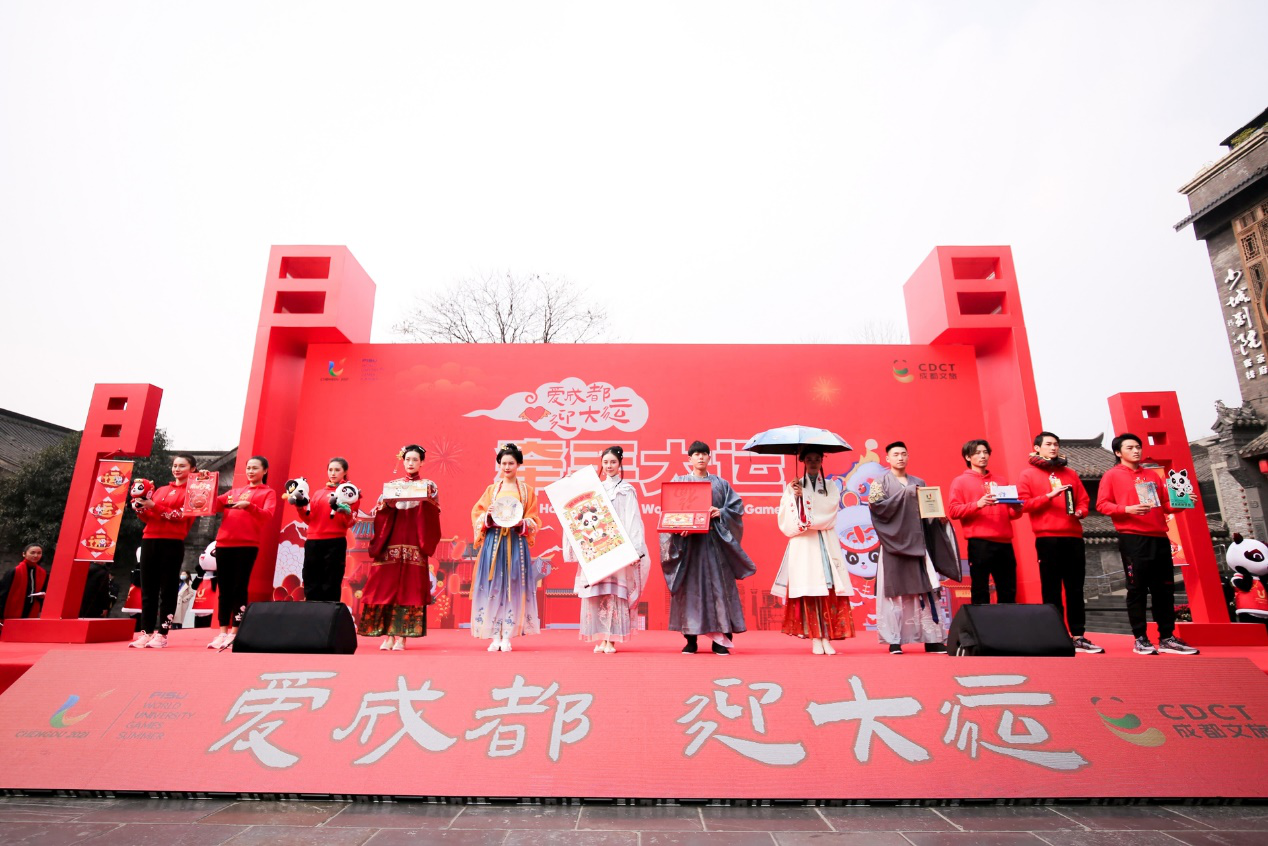 The "New Year-Chengdu 2021" fair at the Kuanzhai Alleys, which provides a wide variety of entertainment such as music performance, life aesthetics exhibitions, art space, delicious food stalls, as well as different booths selling themed products of the 2021 FISU WUG, was opened to the public to enjoy during the Spring Festival holiday.