In order to celebrate the New Year as well as the coming Chengdu 2021 FISU World University Games, various city landmarks in Chengdu were lit up simultaneously on New Year's Eve. These spectacular light shows featured Rongbao, the cute mascot of the WUG, and Niu Wa, the zodiac symbol associated with the Chinese Lunar Calendar, shining at night in different landmarks in Chengdu at the same time. 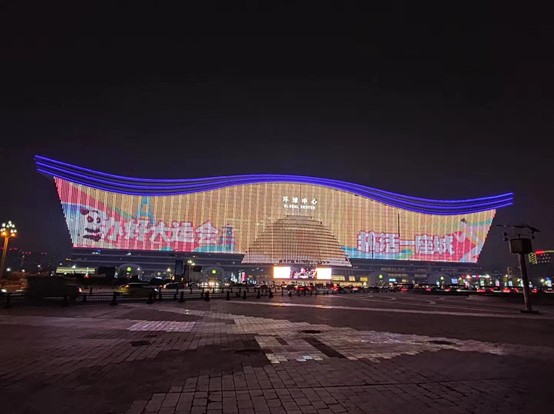 People were attracted by the amazing lighting and bathed in the festive atmosphere, which was highlighted by a series of new looks of Rongbao, the mascot designed from the image of giant panda, and the wishes Niu Wa represented. 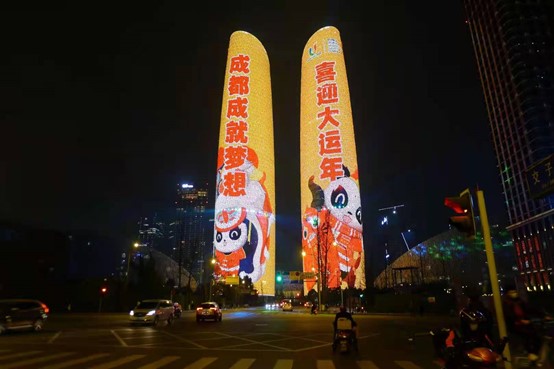 Meanwhile, Dong'an Lake Sports Park Stadium, which is going to be the main venue of the Games, also launched a lighting ceremony. Looking down from the air, the circular UFO-shaped stadium was shining like a bright pearl, decorated by the dazzling big words of "Happy New Year". At present, the progress of the floodlight of Dong'an Lake Sports Park Stadium has reached the final stage, and will enter the commissioning phase in the near future. This phase is expected to be completed in January 2021. 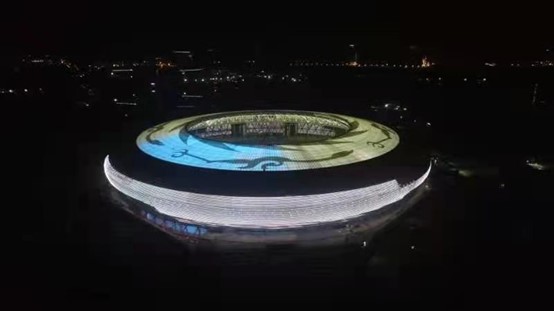