Recently, the curtain wall installation of Chengdu High-Tech Zone Sports Centre Gymnasium, the table tennis venue of the WUG, has been completed. The centre is right now conducting its interior decoration and outdoor landscape construction, and is planned to be fully finished by the end of December.

Aerial Video of The Project Under Construction

The High-tech Zone Sports Centre is a "one-stop" multifunctional sports centre that can be operated 24 hours. With a total area of 201,600 square meters, the sports centre is divided into two sections, east and west. While a multifunctional gymnasium stands on the west section, the east section contains a public fitness gymnasium, a service centre and some open-air sports fields. The whole sports centre can meet the needs of citizens for doing sports such as table tennis, badminton, swimming, football and softball, and is also equipped with gyms and shopping malls.

As one of the main buildings of the High-tech Zone Sports Centre, the multi-functional gymnasium will be used as the venue for table tennis events during the WUG next year. The multi-functional gymnasium is a large-scale international gymnasium, which is composed of main competition halls and training grounds. It covers an area of approximately 83,000 square meters and has a total of more than 12,000 seats. After completion, the gymnasium will be the first NBA-standard basketball gymnasium in Sichuan Province, where can not only hold NBA preseason games, but can also meet the requirements of national-level and international single-sport competitions, such as volleyball, gymnastics, ice hockey and short track speed skating. The gymnasium is equipped with a three-layer perimeter display which is composed of eight screens and can display the game results and video images at the same time. In addition, the gymnasium can also be turned into an ice rink within 24 hours. When needed, it can also be converted into a venue for concerts, theatrical performances and other events. 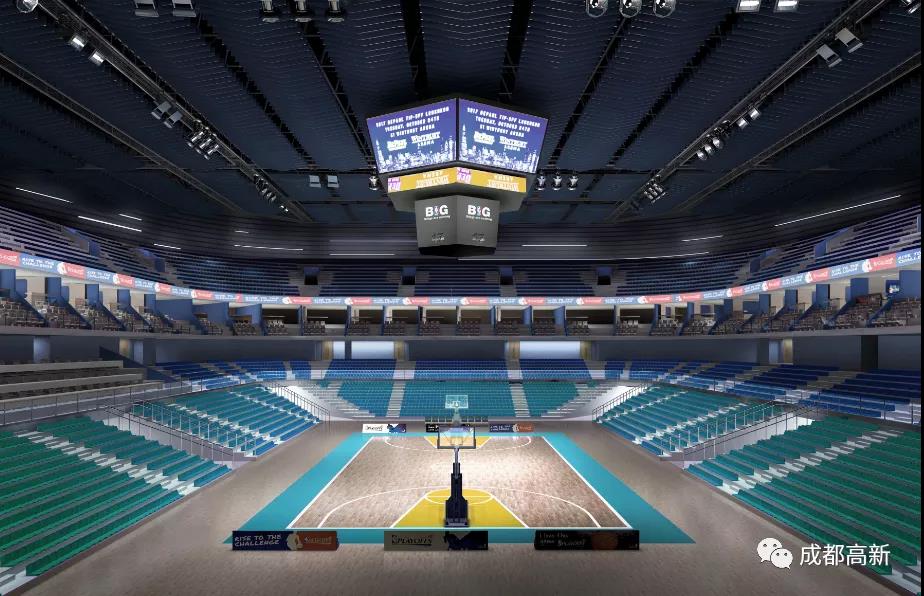 Effect Picture of the Public Fitness Gymnsium and Service Centre