With the Lucerne 2021 Winter Universiade just less than three months away, the official lighting ceremony of FISU University Games Flame Relay took place in Turin—home to the inaugural Universiade and holding great significance to the university sport community—before being transformed into water for the first time and passed on to its bearers. Water is an important element to the Winter Universiade and is one of the reasons why the traditional flame relay was used to transform ice into water during an exclusive ceremony.

The torch was lit by none other than FISU Acting President, Leonz Eder, and passed on to Anna Arnaudo, a well decorated Italian athletics medalist of CUS Turin, as a new element: water.

Naturally, the water relay started at the University of Turin, then passed through the monumental Piazza Castello, Piazza Carignano—including the picturesque "Galleria dei Re" from the Egyptian Museum. The tour then continued to Piazza Castello, going through Via Po. 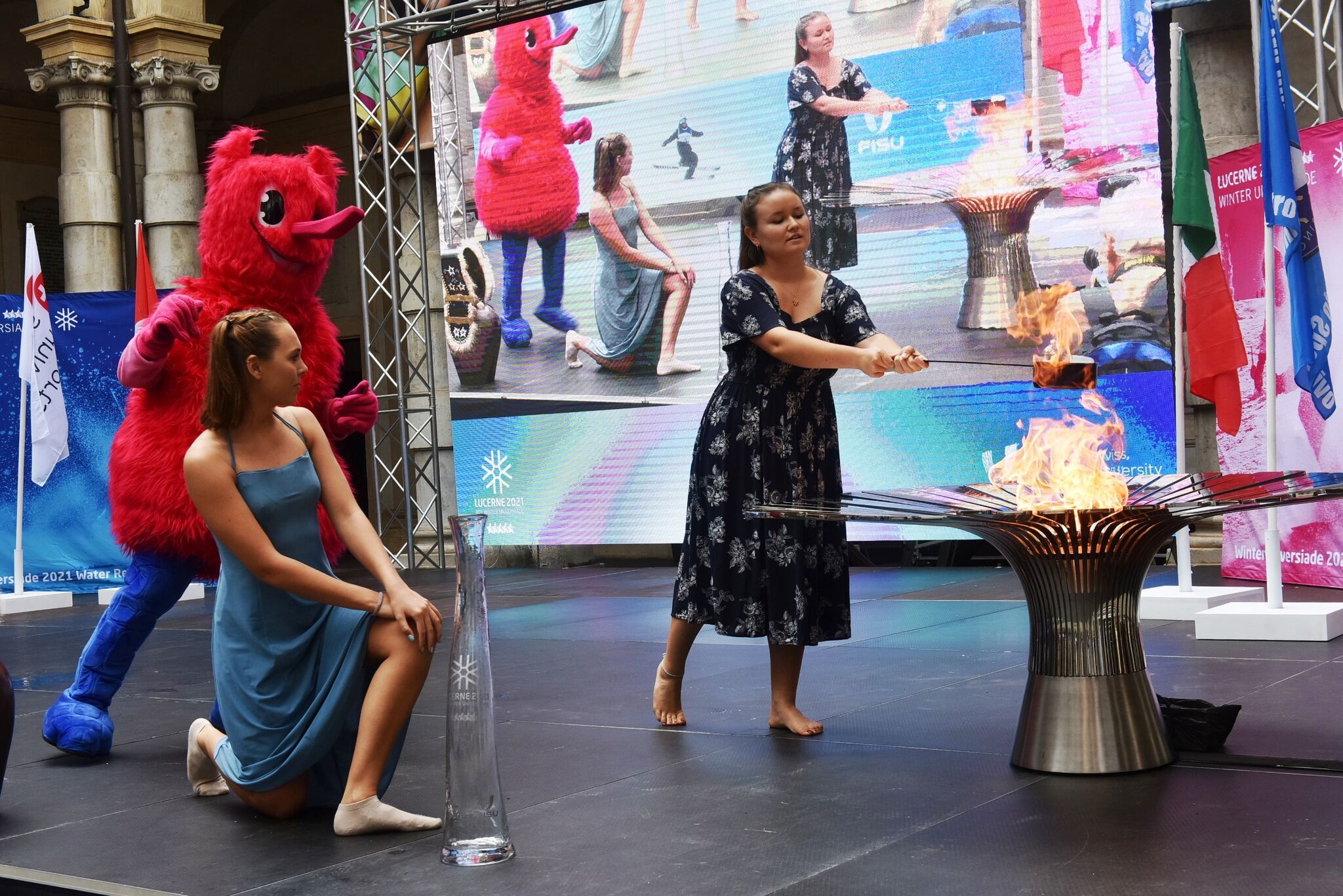 Upon arrival in Piazza Vittorio, the water was transported down to the Murazzi, continuing in the park of Valentino. The final destination for this leg of the route was the Castello del Valentino, where the Rector of the Polytechnic of Turin, Guido Saracco, and the FISU Acting President, Leonz Eder, took the recipient on its final run through the city.

“This was a wonderful experience not only for myself, but more importantly the city of Turin, Lucerne and supporters of university sport,” said FISU Acting Preident, Leonz Eder. “We are always so happy to return the city of Turin as the birthplace of the first Universiade and now welcome all to Central Switzerland with open arms. Congratulations to all those involved, and I look forward to seeing you all in Lucerne this December.”